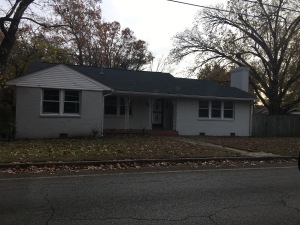 Oh the sadness I feel as I pass this vacant, empty home.  You see, I briefly dated the individual that lived there when we were in high school.  We reconnected when I returned to Tupelo after college.  I dismissed him after trying to get sober.  I ended our relationship to begin dating someone who introduced me to recovery.  The last thing I remember him saying is that girls always chose someone else over me.

Well, it has been almost 14 years since I have seen him and from what social media shows, it appears he continued living in the darkness I escaped.  It hurts me to the core because I know the answer that he was seeking…the only thing that would fill that void in his soul he was so desperately trying to fill…Jesus.  The worst part is I never shared the answer with him.  My prayer is that he knew his Heavenly Father before he took his final breath…and that I don’t miss another opportunity to pass on this hope to anyone else that has ears to hear.