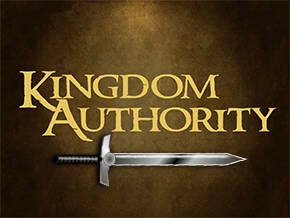 WORD Jessie said “you have been speaking and nobody has been hearing.  He is increasing your authority in that when you speak, you will be heard and received.   People will start taking notice and doing stuff about it.

Before you were taking and it’s not like they were blowing you off; but for what ever reason it wasn’t registering for them.  Like maybe you are going to churches and saying ‘hey I need for you to get involved; come join us in prayer.’ And people were like ‘well, that is just your thing.  You do your thing.’  It’s not just that.  It’s ‘hey!  I am coming and God is sending me now.’

It’s not something you are going to have to do.  You are just going to be doing the same thing you have been doing, but as you are doing that..for what ever reason…people are going to be like…why are you here now and you weren’t here before?  And that’s the difference.  He has given you that authority.”